There is always a bigger fish 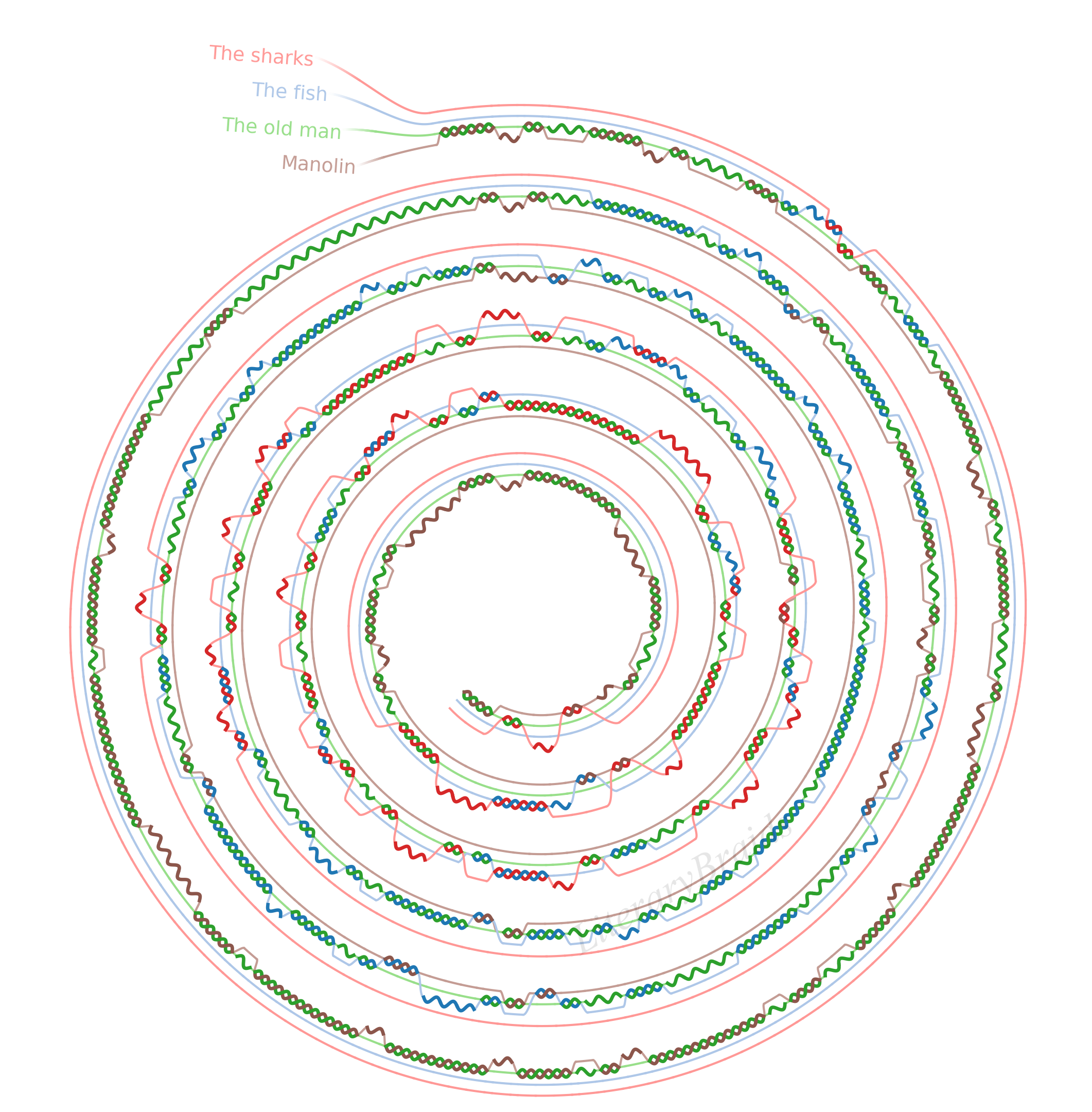 I think that The Old Man and the Sea was the second book for which I made a braid and looked reasonable. I have come to love this book because its simple language and the relaxed thread that guides the story, which starkly contrasts with the tragedy that it contains.

Of course most of the interactions in this book are not face-to-face, so to say, but rather consist of the old man’s longings and worries. The small number of characters allows us to follow the evolution of the interactions from the beginning to the end, and see how the main actors swiftly shift. The boy, who is virtually the only one interacting with the old man in the first turn, is slowly replaced by the fish, which takes all of the old man’s attention until the sharks come into play. Eventually Manolin appears again and thus the heroes journey ends, apparently in the same place it started from but not quite so. 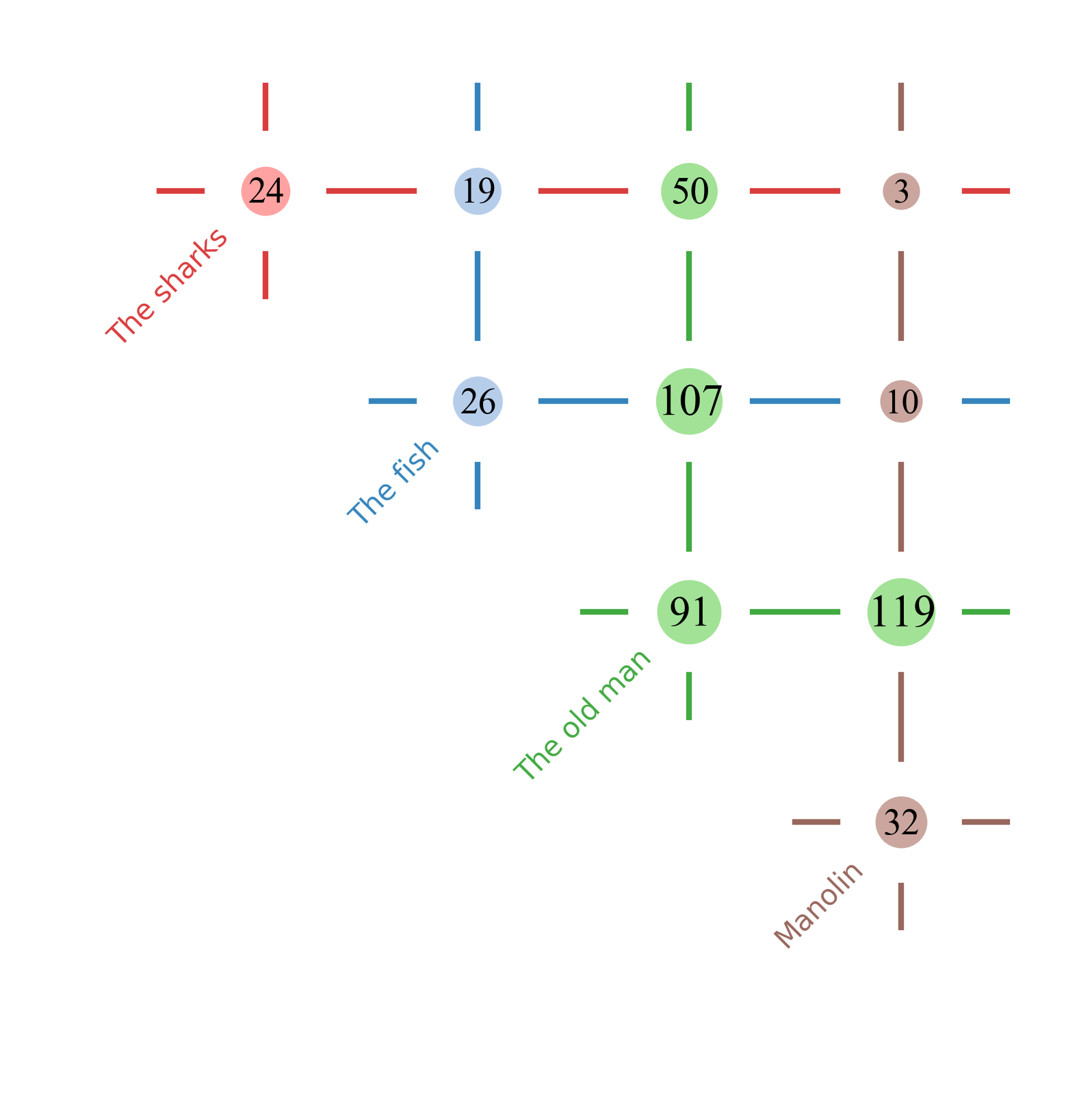 The old man is obviously the main character, but "interacts" more with the fish or the boy than with himself. This may be at first surprising taking into account that he is alone in the sea for most of the book, but it is natural once you have read the book and seen that the old man keeps his mind busy all the time.