"You fool, now learn that a blind man's servant has to be one step ahead of the devil." 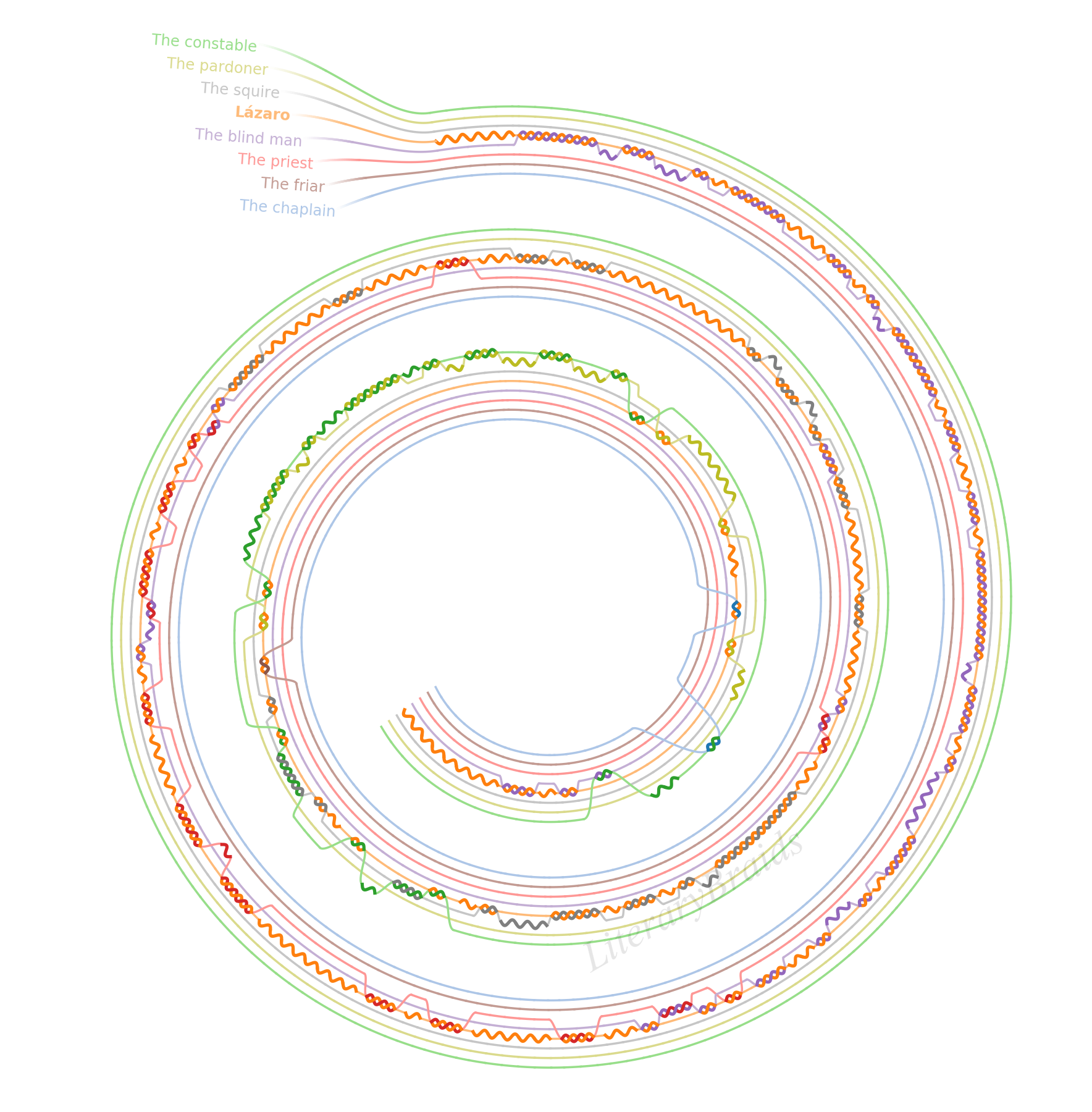 Lazarillo de Tormes is one of the most beloved works in Spanish literature class, so it is widely known among Spanish folks. For those of you who might not know it, this novel tells the disadventures of Lázaro, a boy who sees himself serving different masters, all of whom treat him very poorly.

Lázaro’s masters come from very different social groups, with which the author portrays his time. Thus, through Lázaro’s eyes we can discover the Spanish Church’s corruption, the make-believe culture of the small nobility, as well as the brutality of poverty. This main purpose of the author has led me to not distinguishing between different characters that share a common name (all constables are the master constable, for instance), since all conform the same macrocharacter.

Within the braid we can discover how Lázaro passes from master to master. The stays with the blind man, the priest and the squire are the most detailed (you can compare their lengths in the braid). Besides, as the book advances the actions on the edge of the law keep accumulating, so it is of little surprise that at the end of the book the constables become very present. 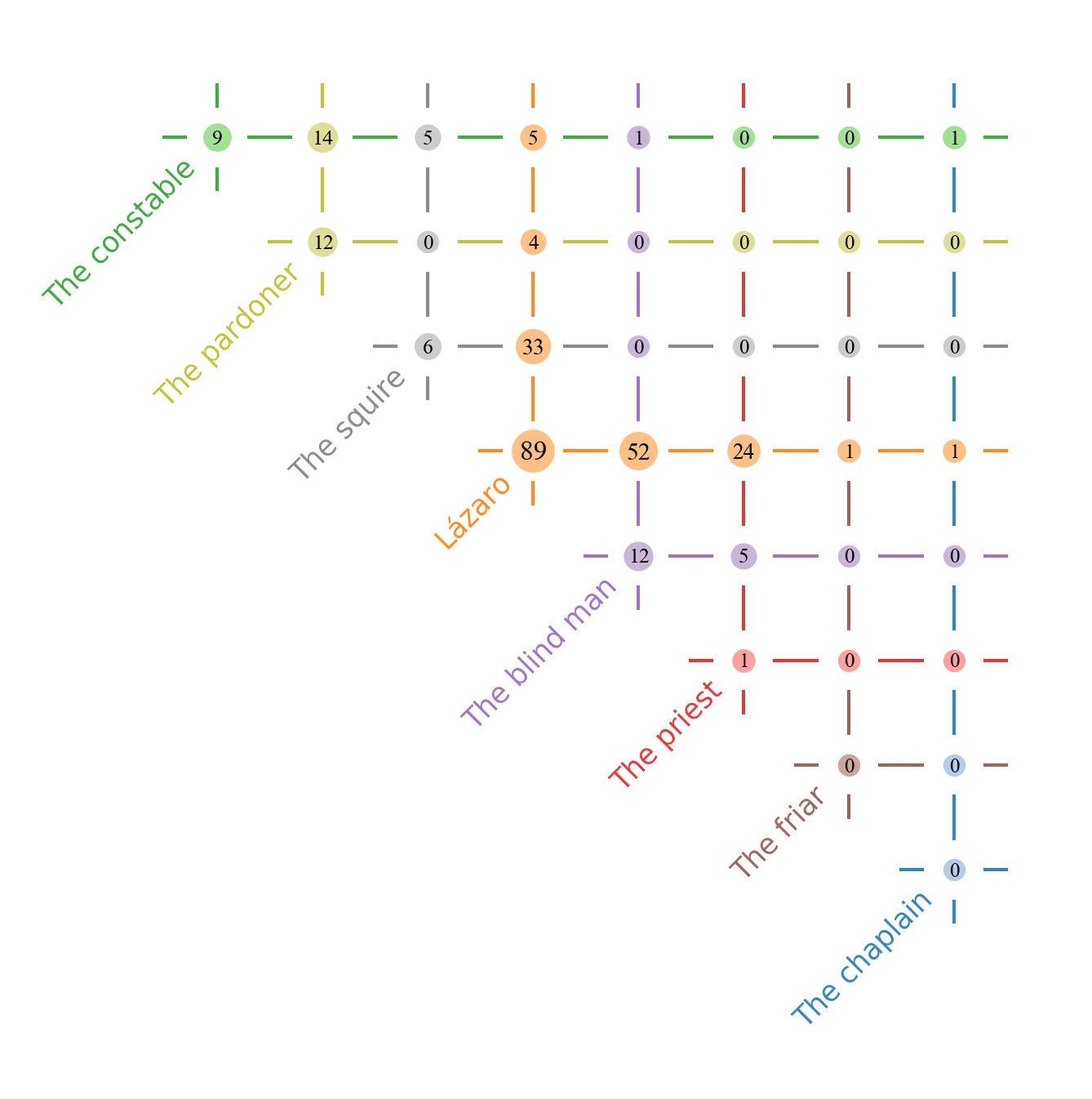 The fact that Lázaro is himself the narrator makes his self-interactions very frequent. The order of importance of the masters in the grid also agrees well with out collective memmory of them, being the blind man episodes the most famous ones, maybe followed by those of the squire.

Last, but not least, I am surprised that the friar appears only once in the whole novel. Without a doubt, his importante is more due to the social criticism that is made through him, more than his role in the story.