“The insect is not to be drawn! It is not even to be seen from a distance.”

─ Kafka, in a letter to his publisher 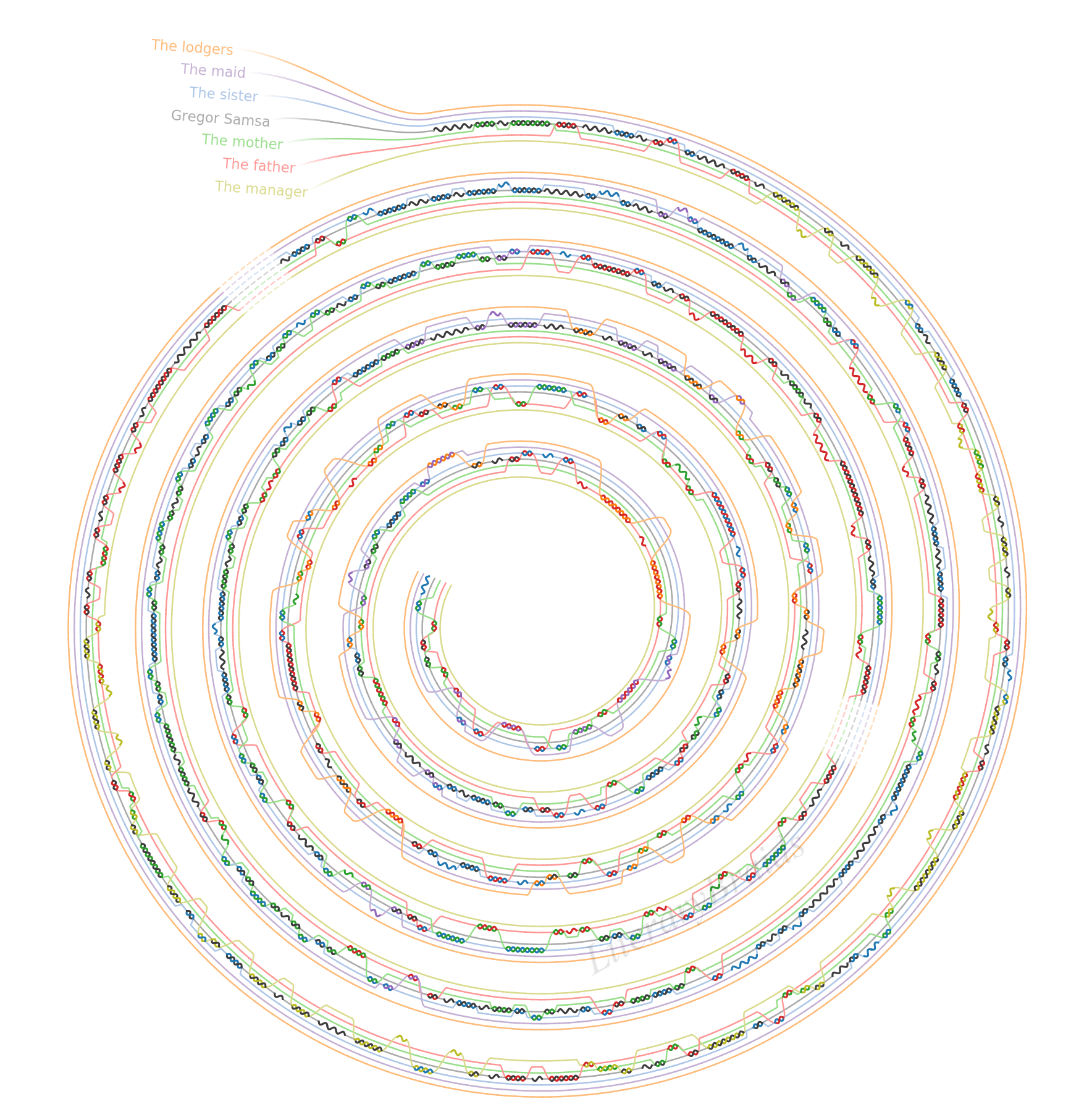 Kafka’s The Metamorphosis is a truly remarkable book, that can be read in multiplicity of keys: Freudian (the Oedipus complex, the conflict with the Father), Marxist (the man so allienated by his work that turns into a bug), religious, and so on. It is a 20th century classics and, as such, it deserves its braid. 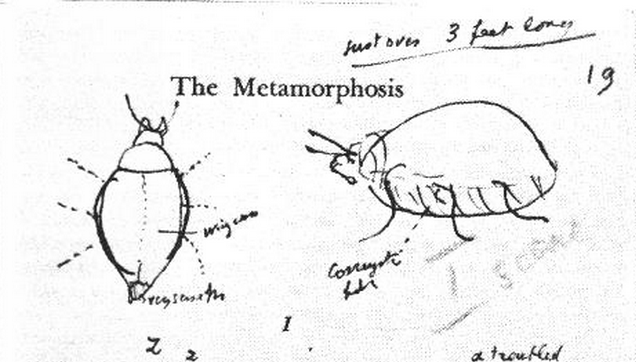 Though Kafka wouldn't hear of drawing the bug in his story, Lolita's author Vladimir Nabokov decided that he knew exactly how Gregor would look like. [1]

This story is barely 70 pages long and features few characters, so it is very suitable to be represented unabridged.. The braid is divided into its three chapters, separated by discontinuous lines, so that the different motives of every chapter can be discerned:

A surprising thing about this braid is that it has a similar length to Alice’s, but it gets a lot more intrincate than that. This may be due to Alice depicting a journey, with a clear succession of characters, while virtually all the action of The Metamorphosis takes place in the same house, with all the characters very close to each other, and thus constantly intertwining between them. 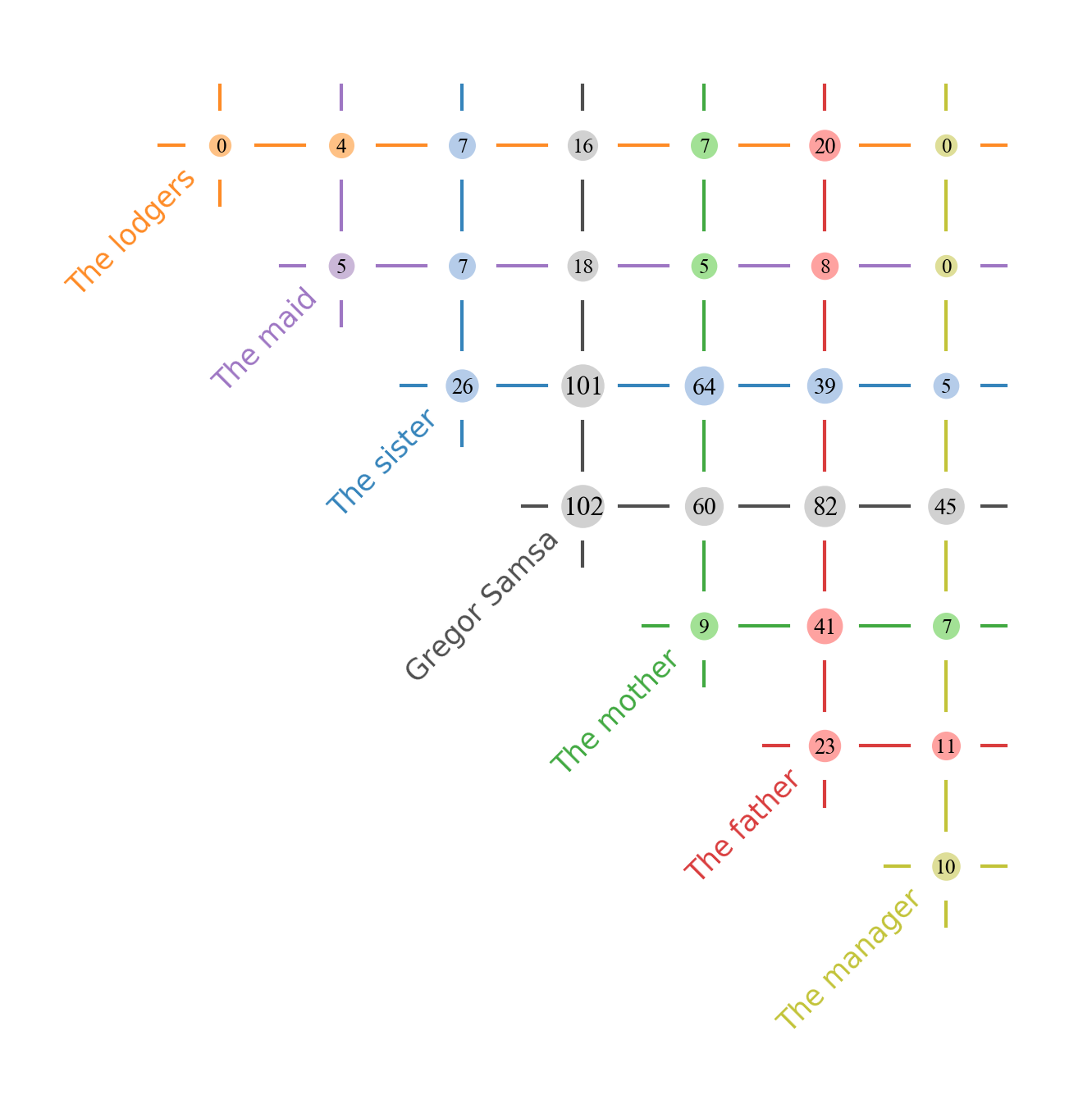 The grid doesn't bring many surprises: Gregor is the main character, he interacts the most with the sister and his father (remember that the book is a parallelism with Kafka's life) and the lodgers interact the most with the father.

What is a bit unsettling, though, is the small role that the mother plays in everything. As well as the sister is the main carer of Gregor, the mother is the main pacifier of the Gregor-father relationship, so since the tension between them is so frequent, we would expect her to appear more often.