I would talk to him about bridge, and golf, and politics, and neckties. And the grown−up would be greatly pleased to have met such a sensible man. 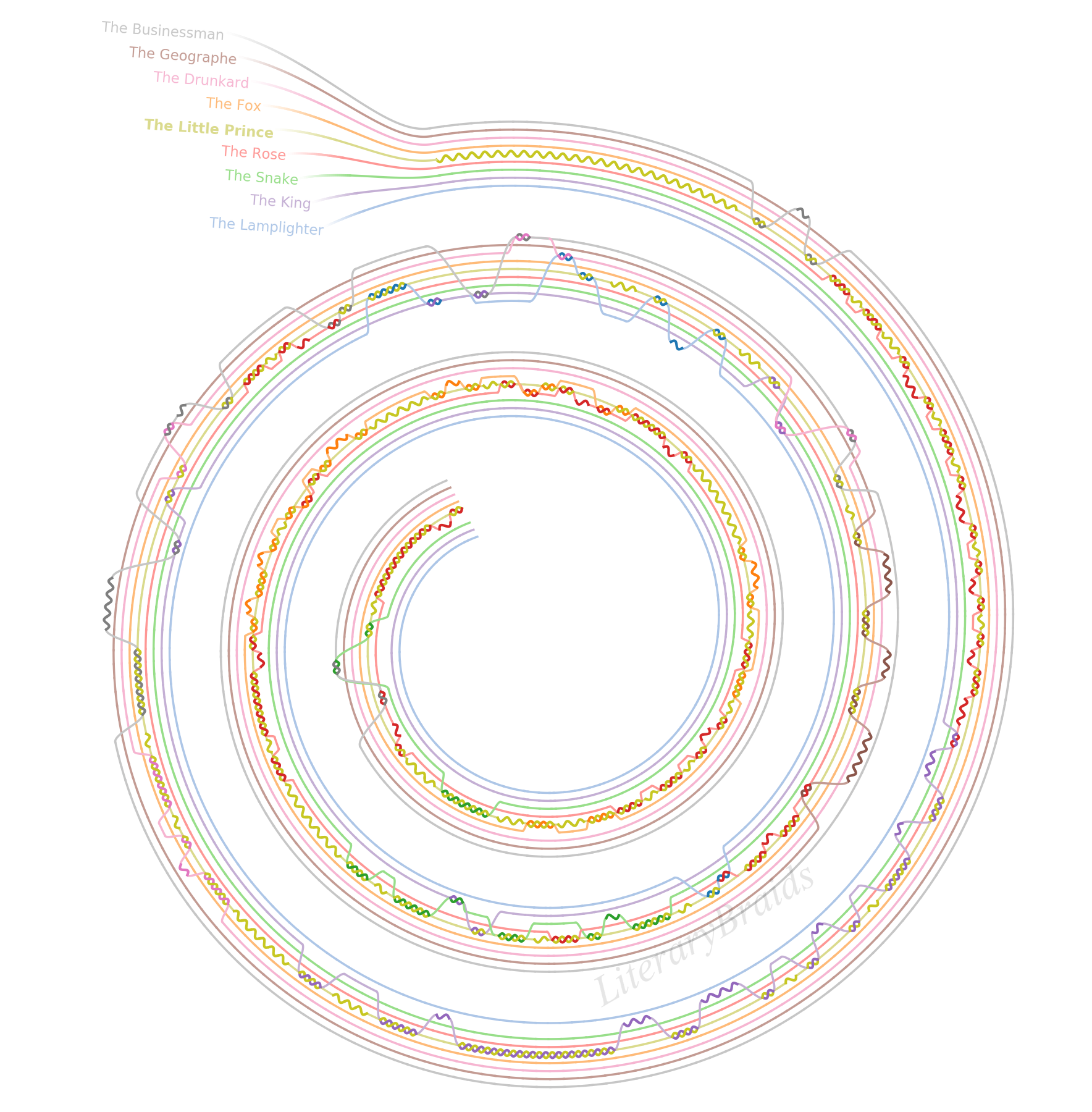 Another short book, this time for not-grown-ups. The Little Prince is a beautiful book about the things that matter and that we pay little attention to, about love and friendship, about never forgetting that child that we once were.

I have decided to leave the narrator outside the braid and focus on the interactions between the Little Prince and the rose, the inhabitants of the little planets, the snake and the fox.

At the beginning of the braid the Little Prince falls on the Earth and encounters the narrator (that is why he oscillates alone). While the narrator fixes his plane, he slowly starts to hear about the rose and the Little Prince’s trip through his neighbouring planets ─where he visits the King, the Drunkard and the Businessman─.

After that we learn about the encounter with the Snake and the friendship with the Fox. Finally, a beautiful thing about this braid is that it allows us to see the Little Prince meeting his Rose again, a reunion that was just the Narrator’s make-believe in the book. 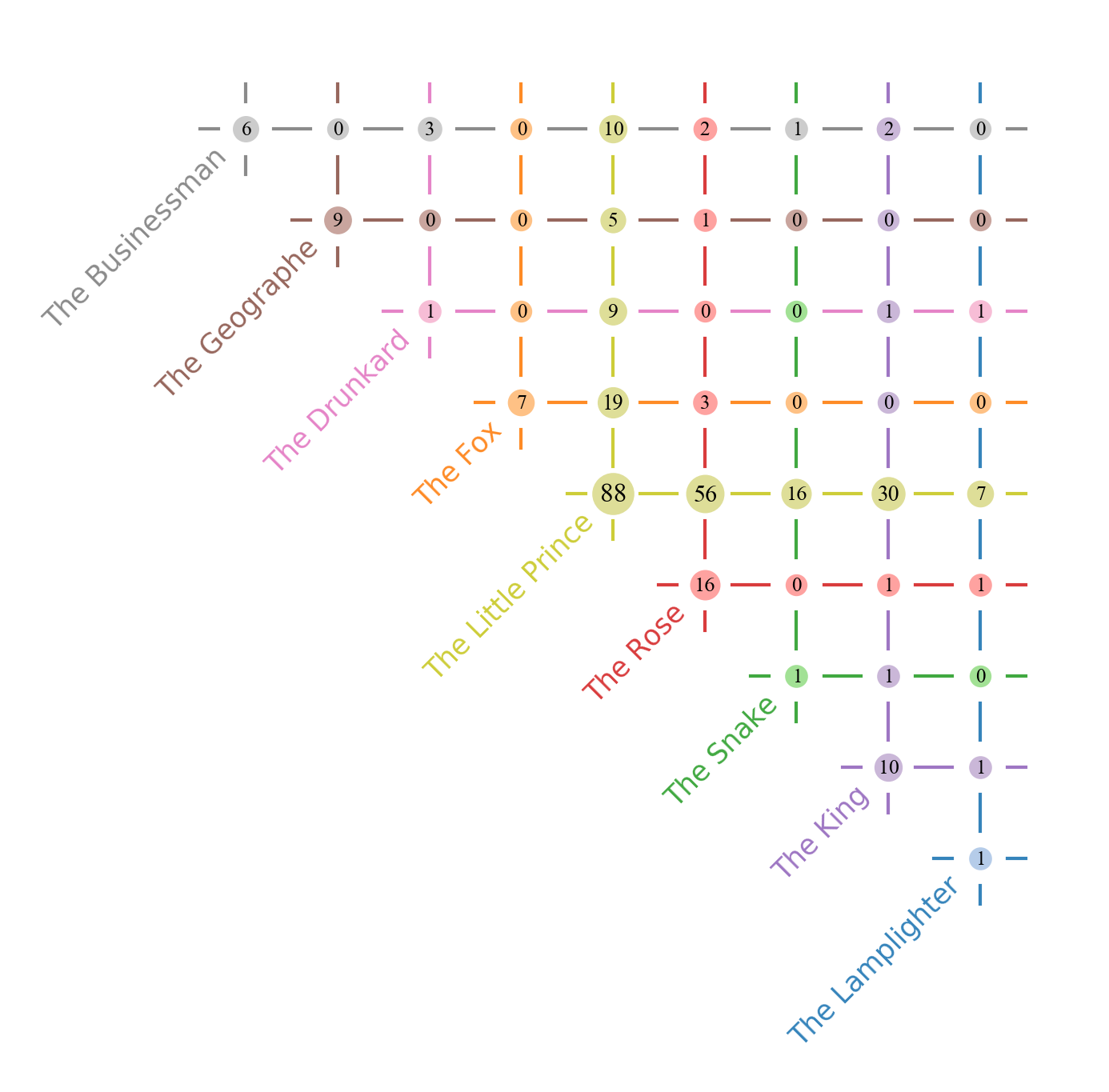 In the grid we see that the strongest bonds of the Little Prince correspond to the most iconic characters in our memory: the Rose, the Fox and the King. It is a bit sad to see the poor Lamplighter so underrepresented, but it is true that he appears only for a short part of the book

Harry Potter and the Sorcerer's Stone »